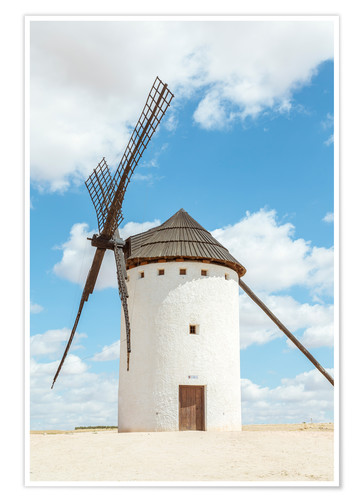 Excerpt from the Internet:

Selenskyj's political career began almost as a farce. He had no political experience until he was elected president in 2019. His path to the presidency resembled the script of his popular TV series "Servant of the People." In it, he played a history teacher who is elected president after a video in which he railed against corruption in the country spread rapidly on the Internet.

In real life, too, Selenskyj owed his popularity to his successful appearance on the Internet. Widespread dissatisfaction with then head of state Petro Poroshenko ultimately helped him win the election.

To Attn. of President Joe Biden 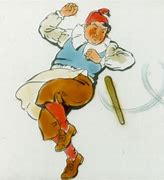 Olympic Games or Marathon in 2022!

Please let that German-language document be translated in may languages and be handed over to the corresponding people!

My person feels compelled to publish a short summary of the current worldwide situation, as it seems that very few people will be able to navigate and find their way in reality.

My person is not an expert of the prehistoric situation between the former great powers, but was able to acquire a basis in the matter via TV that will surprise many a person.

What the world needs least is a war or the Third World War; in this sense we should all agree!

The world has already an overpowerful invisible opponent who keeps all people in trot and can make itself again at any time clearly noticeable by a mutation of a tiny virus, which is very dangerous or could become dangerous again!

There are in the year 2022 worldwide only very few suitable leaders in the policy, but partly there are also very good and competent politicians and specialists, who are able to accept the reality, which is unfortunately no more matter of course and therefore the situation can become very dangerous for all, if unqualified persons with a power potential* can "play-act" a leader, however for it a few will have to create the balance, as it becomes clear for example by the correct placement of Professor Karl Lauterbach as the current health minister of Germany.

Let us take as an example the placement of the president Selenskyj of the Ukraine, which feels threatened now by the Russian troop deployment at its national borders and thereby the Ukraine is sponsored now just from all sides, in that by the Ukraine ever more and ever more frequently the hand can kept open, because Russia or president Putin suspects a threat again of its external borders by the NATO.

*Now Ukraine wants to join NATO, which is one of the countries directly bordering Russia, and in the event of an escalation with a country that can protect itself against Russia by joining NATO, Russia would *have to reckon with the likelihood of NATO intervention, as NATO could have stationary arsenals and bases built up in Ukraine at any time.

At the moment, everything speaks against Russia as the aggressor because Russia, as a powerful "player," reclaimed Crimea a few years ago, which is probably also justified for strategic reasons of an external threat from the West.

The fact that the Ukrainian people chose an actor named Volodymyr Selenskyj should be seriously analyzed in this situation, because if a people wants a hero or "do-gooder" as a president, who presented himself in the film world in this sense, then the people are no longer completely in reality, but in a *world of wishful thinking, which the actor is supposed to embody as a kind of "helper in need ".

In the USA the same thing happened many years ago by Ronald Reagan, although he was not the worst president, because a president of a "dreamed family clan" by a succession of the W. Bush family was much more dangerous, not to mention some other presidents.

The former German Chancellor G. Schroeder, who was now forced to interfere in the current conflict between Europe, NATO and Russia by making public the saber-rattling of Ukraine, but was ridiculed by the media by supposedly such a small country as Ukraine against the giant Russia should refrain from saber-rattling, he was completely downgraded as a private citizen and it was not well thought out to the end.

Because in the informative talk shows with good experts and politicians it actually came up that the actor and current president Selenskyj as the big man of Ukraine wanted to reconquer the Crimea and this may be rightly called a saber-rattling publicly, in that the "big man of Ukraine" just demands the entry into NATO.

Actually one should put such individual persons who want to assert a leadership claim for themselves, whereby it is for the ill people completely no matter from which milieu these persons come, over the knee, let spank decently the ill bottom and make clear to the ill people what is matter!

So it goes on no more and it can end so also not well!

In this sense, NATO is hereby called upon to make Russia an offer to join NATO, and the EU policy is at the same time called upon to accept Russia into the European house with equal rights and obligations of all Europeans.

It is correct that Russia had stretched out years ago by president Putin in this connection the hand for the common architecture of the European house and now for years acts contrary, however one asks oneself whether Russia was brought or even pushed by the behaviour of many of the Europeans into this direction!

All peoples of the earth want freedom and peace and simply to get along well with each other and to live contentedly and well in health, that is it what the big mass wishes!

By individual would-be-like-great who want to enrich themselves at the expense of their people as powerful ones preferably financially and look for acknowledgment, there must be no place, if no visible achievement of a currently powerful one is recognizable, because the world carries still other far bigger problems,  which can come in fact also in this tense situation in the truest sense of the word from the sky.

In this possible situation must be reacted in no case wrongly!

Sit down as soon as possible together with Russia and China at the round table, in that all countries of the earth will have to arrange themselves in the true world leadership accordingly correctly or will have to subordinate themselves even, and please pay attention to wrong information, deceptions and tricks, which can arise also by the secret service of an uninvolved state of the present conflict!

To respond to the subject line, my person would like to make clear that an Olympic game looks quite different, as is made clear by the award ceremonies of the gold medal winners, fighting to exhaustion and even risking health and life even through dangerous sports.

With a sporty competition or an olympic game this pressure of a power drain has not much in common any more, but rather with a victory mania, which one can recognize quite clearly by the condition or behaviour of a physically chastened participant and by the power drain!

The same performance pressure could be demanded now by the diplomats of the world or be considered appropriate, but the correct persons at the accordingly important places would be also a possibility for a safe agreement in the matter, in order to avoid an escalation among the peoples, whereby Mrs. A. Merkel as a high diplomat brings along outstanding conditions, in order to bear also in the own interest for a peaceful coexistence by discussions at the round table in Moscow concern, as already predetermined and by various homepages in the Internet evident.

HP: Further information in the matter is available for all countries of the earth in the Internet for everyone and this information is millionfold verifiable. For the rest, for a possible and livable future all peoples of the earth will have to limit themselves equally for the time being, because the fat years are over!

Note: Without the own contribution of every thinking human being it cannot end well for mankind".